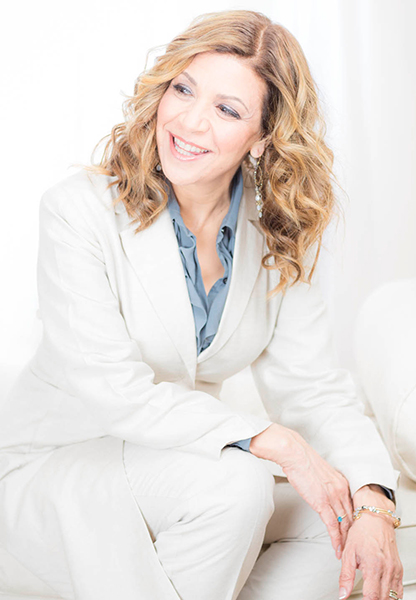 East Coast-based singer-songwriter Lisa Fenstermacher continues to hone her musical talent and skill. Her attendance at the Berklee College of Music’s Five Week Intensive Performance Summer Seminar set in motion a stronger commitment and vision as a performing artist, resulting in “Pivot” — ten original songs and a new arrangement of the hymn “Near the Cross.” The CD was produced by Michael Sauri (Fighting Gravity, Cinema 8) and is her third studio recording released on her own indie label. At the 25th Annual Mid Atlantic Song Contest, Lisa and co-writer Michael Sauri were presented with the Silver Award for their song “Peace” on the Pivot CD. Two other songs from the same release received Honorable Mention. The “Pivot” CD was nominated for a WAMMIE award by the Washington Area Music Association.

Lisa has built a solid foundation throughout the Mid-Atlantic area for her commitment and dedication to partnering with many non-profit and faith-based organizations, putting her music to work at numerous benefit concerts and outreach events. It is this awareness of social issues such as poverty and AIDS (along with the plight of orphaned children in Africa and Guatemala) that has informed her songwriting and music. “Pivot” became the canvas for songs that reflect the human experience with all the struggles, hopes and faith we each carry in our heart.

Whether accompanying herself on her Taylor acoustic guitar or with her band, Lisa’s music crosses over generational, ethnic and denominational lines while a powerful combination of faith, grace and persistence continues to open doors and direct her steps. Music industry consultant David Bunker observed that Lisa’s vocals are “reminiscent of Amy Grant” and likened her to “a female Rich Mullins” because of her authenticity and transparent way of communicating.

“When I started writing songs for my first CD, ‘A Promise for Tomorrow’, I never dreamed of all of the settings where my songs would be shared,” Lisa says. (“A Promise for Tomorrow” was produced by Paul Langford, former keyboardist for the Dove Award-nominated group Glad.)

Lisa has performed at hundreds of events over the past ten years and has opened for the Dove Award-winning group Selah and received two WAMMIE nominations from the Washington Area Music Association for Best Female Gospel/Inspirational Vocalist. She also placed as a semi-finalist at the international Christian Artists Seminar in Estes Park, Colorado. Her song “Journey of Grace” from her EP “Glimpses” (which was also produced by Sauri) appeared on a compilation CD whose proceeds benefitted Compassion International. The disc included such notables as Randy Stonehill and Phil Keaggy. Songs from “Glimpses” have reached across the globe to England, Australia and Japan and aired on local and college radio.

Lisa has shared the stage with:

Lisa has opened for:

Lisa’s schedule has taken her to:

CDs (Lisa has received requests for her CDs from Great Britain, Japan and Australia):